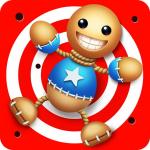 Kick The Buddy is an online game that you can play on http://www.friv4school2021.net for free. Unleash your stress! Kick The Buddy is a game for you! Use a knife, submachine gun, rocket launcher, or even a tank to shoot the hanging doll. Each time you attack it, will drop the gold coins and collect more gold coins to unlock the powerful weapons. You will love this fun game.

Explode, destroy, fire, shoot, smash, freeze, send the power of the Gods and don't even think about stopping! Man, you now have a virtually limitless arsenal to beat: rockets, grenades, automatic rifles … and even a NUCLEAR BOMB!

We present to you Kick the Buddy — it’s more than just a game! It’s a top interactive action game!

Angry at your boss?
Want to smash all around you?
Want more kicks?

STRESS RELIEF IN A SECOND!  Even if you're a relatively stress-free person you need to blow off steam at some point!

If you are a fan of arcade games, don't miss out on the chance to play some games at Kizi 2021 online such as Puppet Killer and Slime Hunter