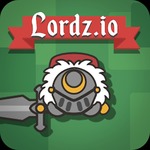 lordz.io is an online HTML5 game for mobile free on friv game 2021.

Lordz.io is a cool .io game about the clash of medieval lords! You play as a lonely lord. Start out by collecting gold coins around the map. Use the gold to summon a units, ranging from soldiers to mighty dragons. Build houses to increase your population limit and protect them with towers. Keep building and manage your army to dominate the area!

Lordz.io is the #1 io style RTS online medieval multiplayer game! Spawn a giant army of Pawns, Soldier, Archers, Knights, Archers, Mages, Barbarians and even Dragons then throw yourself in the battlefield to fight against up to 20 real players worldwide. Who will become the ultimate Lordz and rank #1 on the Leaderboards?

Lordz.io is developed by Spinbot Studio from Paris, who have also made SURVIV.IO

- Assemble the biggest army ever

- Up to 20 real players in the same room

- Play with your friends anywhere

- Split your army to move faster

- Build an amazing kingdom base

- Customize your lord and soldiers with awesome skins

- Equip cards to upgrade your armies

Compete against thousands of players around the world. Up to 20 opponents on the same server, packed with epic excitement!

Recruit a large variety of troops and find the best composition for your army: knights, archers, mages, barbarians and even dragons. Choose the best strategy to defeat other players.

Protect your hero at the center of your army. If he dies, you will lose all your troops!

Collect gold and gold mines all over the map to get rich fast and buy new soldiers. More gold means more troops! Every good general knows how to manage his economy.

Build your own base with castles, mage towers and houses. Upgrade your buildings to make them stronger and more powerful. Control vast portions of the map and expand the limits your kingdom.

Split your army in 2 parts to move faster on the map. Splitting at the right time can help you defeat other lordz and steal their armies, or to escape faster if someone is chasing you.

Make teams and clans with other players at any time during the game to take the lead. You can also play with friends online with the party system.

Collect different types of chests and loot special cards to boost your troops in battle.

Get the coolest skins for your soldiers and show off on the field. Choose between a large variety of skins, elves, dark lordz, samurais and more.

lordz.io on mobile offers the same great experience as the hit web game, with new controls perfect for touchscreens!

Don’t forget to check out more with many interesting games such as superhex.io  or  sworm.io  at  http://www.friv4school2021.net/. Have fun!